I’ve had many conversations with different people about how Hong Kong has changed since becoming a territory of China in 1997. There are a lot of different camps: Some say the changes have been subtle but significant, others that the changes have actually been surprisingly minimal. Some decry what they see as a cultural shift in the island territory, a dulling of what used to be a vibrant civil society. Many applaud the opportunities being part of China have afforded them, financially and otherwise. Here are points of view in some interesting reports:

Freedom House takes on the question in an appraisal of the media. In their annual report (PDF) on press freedom, released today, they downgraded Hong Kong’s status from “Free” to “Partly Free” for 2008. Here’s how they explain it:

In terms of status changes, Hong Kong’s status declined to Partly Free to reflect the growing influence of Beijing over media and free expression in the territory. Of particular concern were the appointment of 10 owners of Hong Kong media outlets to a mainland Chinese political advisory body, increased restrictions on film releases in the period surrounding the Olympics, and reports that critics of Beijing encountered growing difficulty in gaining access to Hong Kong media platforms.

At the same time, the conservative think tank Heritage Foundation and the Wall Street Journal gave Hong Kong its top rank in their annual Index of Economic Freedom which was released in January. They explain:

Hong Kong has an impressive record of openness to global trade and investment. Despite a lack of natural resources, the economy’s institutional strengths have allowed it to achieve high levels of prosperity reinforced by vibrant entrepreneurial activity. The small island is one of the world’s leading financial centers, and regulation of banking and financial services is transparent and efficient. Income and corporate tax rates are very competitive, and overall taxation is relatively small as a percentage of GDP. Business regulation is straightforward, and the labor market is flexible. Property rights are well protected by an independent and corruption-free judiciary.

Anthony Y.H. Fung and Chin-Chuan Lee predicted 15 years ago that integration with China would prove to be a dilemma for Hong Kong’s traditionally free and vibrant press. They introduce a 1994 paper (PDF) in the International Communication Gazette this way:

Hong Kong’s media are undergoing an unprecedented rate of ownership change as the British colony sails toward the transfer of sovereignty to the People’s Republic of China in 1997. The fate of Hong Kong was decided by the Sino-British Joint Declaration of 1984. Since then, China has attempted to coopt the Hong Kong media and journalists by conferring prestige, legitimacy, interests, and information upon them. This strategy has reaped unusual success despite temporary setbacks in the wake of the 1989 Tiananmen crackdown. In this final phase of the transition, however, foreign corporations have started to raid on Hong Kong’s media, with which they hope to capitalize on a growing market in China. Equally important, China seems intent on managing political effect of the transition through media acquisition by pro-China or China-affiliated capitalists. All these new owners must cope with the dilemma of ingratiating themselves with China without impeding media legitimacy in Hong Kong’s market environment. 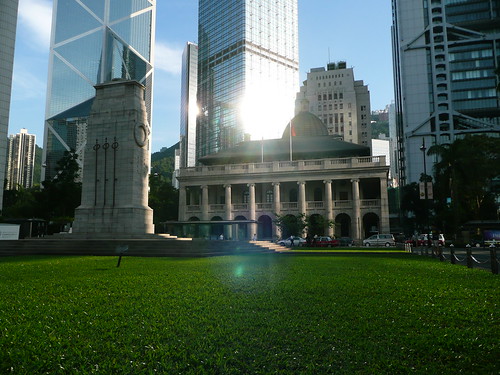 Hong Kong’s landscape is changing as well. The coastline used to come right up to the edge of the Legislative Council Building (formerly the Supreme Court).