Anil Kapoor told me I have a “lovely smile.” My mother was pretty excited. 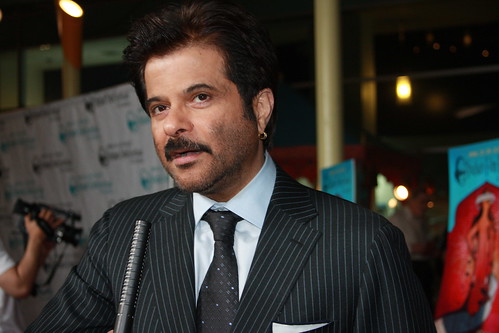 And that says a lot. This 30-year Bollywood veteran is now the kind of star in America who draws attention on a red carpet in Hollywood. Kapoor made his international debut as the dubious host of India’s version of Who Wants to Be a Millionaire in Danny Boyle’s Slumdog Millionaire.

In this, my second Global Lives podcast, I’m examining Kapoor’s take on “going global.” Since the success of Slumdog, he has found a willing international audience. He’s traveled with the film to the Golden Globes and the Oscars, and recently was cast in the eighth season of the Fox series 24. But Mr. Kapoor was thinking about the global film marketplace long before Slumdog‘s success. Last weekend at the Indian Film Festival of Los Angeles he debuted an English-language version of a Hindi film he produced called Gandhi, My Father.

This episode of Global Lives was co-produced by Asia Pacific Arts, with insight and recordings from Ada Tseng.

@angshah I order as if I'm dining-in. They bring my plated food to me at a table outside. I pack up my food, myself. I admit it's a little strange, but I feel so much better not contributing to all the waste.

@angshah They totally should. I actually bring my own container to my favorite taco stand because the waste is too much to bear.

@angshah Yes, that is such an important under recognized story in our media history. Joe Torres’ book News For All The People chronicles this in great detail. versobooks.com/books/1185-new… (He’s part of the Media2070 team)