I have made many appearances at events, on podcasts and radio shows. Here are some highlights from past events:

Standing-room only immigration data workshops at IRE and IRE’s Computer-Assisted Reporting conferences, as well as localized workshop at the Kentucky Center for Investigative Reporting. Journalist’s Resource featured the training and the highly cited materials made public online.

International Trainings: China program at the Missouri School of Journalism
2013 – 2016

Trainings for Chinese journalists in Beijing, Yunnan and in an exchange program in New York City on social media, technology and building sources.

Moderator: Lives on the Line (Doctors Without Borders event)
Sept. 2018

Panel discussion about health and refugees at the University of Minnesota for several hundred person audience, about 9,500 people online

2017 UCI Illuminations: Working in Journalism Panel, on the past, present and future of my chosen profession.

2016 People Powered News, hosted by Illinois Humanities. I spoke as a fellow of the organization with Luis Marentes about engagement and who has power in news.

In the week after the 2016 presidential election, I spoke on a University of Minnesota panel about covering immigration. I gave a national perspective on how wide the beat is — and what’s realistic for the incoming Trump administration.

I joined the 2016 Journalism and Women Symposium CAMP as an entrepreneurial fellow. I gave a lesson on meaningful engagement using social media — and how important it is to decide what really matters to you, rather than what matters to Facebook or Twitter.

2015 China Town Hall, hosted by the National Committee on US-China Relations. Spoke in La Crosse, Wisconsin about the evolution of women’s rights in China.

Online News Association 2015, Lightning Talks. 5 minutes on why you should talk to trolls.

@angshah: Tone of comments sections alter how people in and out of the story understand and feel about the issue. Pay attention. #ona15lt

Speaker at the Los Angeles Festival of Books, 2013 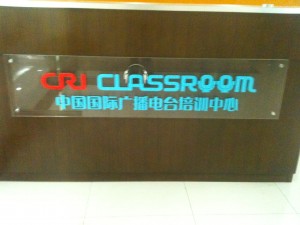 June 2013: China program at the Missouri School of Journalism sent me to Beijing to give series of lectures at China Radio International about digital development in radio news

January 2014: Presented in a plenary about the space between journalism and scholarship in the Media and Religion Conference hosted by the Center for Media, Religion, and Culture at the University of Colorado, Boulder.

2013: Member of a scholarly working group for the UC Humanities Research Initiatives; speak at proceedings and offer training in digital projects to scholars in the UC system working on religion in the global diaspora.

2012, 2013: Find out about appearances related to Chinese Characters, the collection of essays on everyday lives in China that I co-edited with Jeffrey Wasserstrom, on the book’s site.

Spring 2011, 2012, 2013, 2015: Invited guest and panelist at the Association for Asian Studies Annual Conference for Late Breaking News Panels, including “New Media and Old Dilemmas: Online Protest and Cyber Repression in Asia” (2011), two more panels about authoritarianism in Asia and reporting on the region in 2012, and in 2013, I sat on a panel about the web’s influence on coverage of Asia. In 2015 I spoke on a panel about the “strongmen of Asia,” especially about Singapore minister mentor Lee Kuan Yew’s death. 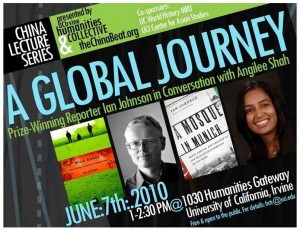 April 2012: In conversation with American Public Media’s Marketplace China reporter Rob Schmitz in an event hosted by the UCLA Center for Chinese Studies and the UCLA Anderson Center for Global Management.

Summer 2010: In conversation with Pulitzer Prize winning journalist Ian Johnson about reporting across borders in the China Lecture Series at the University of California, Irvine.

May 2010: Speaker at the UCLA Writers’ Program.

Several appearances: At the USC Annenberg California Endowment Health Journalism Fellowships about how journalists can better integrate meaningful use of social media into their reporting and manage information overload.

Summer 2009, 2011: Panelist at the South Asian Journalists Association annual convention in New York City; moderated “Reporting from Hotspots” discussion and answered questions about my work in Sri Lanka. I’ve also spoke about reporting with a fellowship.

May 2009: Asia Society’s “Weekly Fix” podcast
In Sri Lanka, the Net Draws Tighter (9:00)
Presented with the Far Eastern Economic Review Mar. 17, 2009 As the Tamil Tigers struggle to avoid defeat in northern Sri Lanka, concerns are growing about the fate of civilians trapped in the shrinking war zone. We talk to FEER contributor Angilee Shah about the deteriorating security situation—and the international reaction.